Dr Aaron Frost looks at the psychological impact that media exposure may have on the Lindt Cafe siege survivors.

Usually I take reality TV with a grain of salt; just because I am not interested in seeing adults get drunk and compete in egg and spoon races it doesn’t mean there isn’t a market for it, and that some people find great pleasure in watching.

I feel the same about that other branch of reality TV, current affairs shows.  They tend to evoke the same response in me: “The killer lurking in your kitchen that every parent must know about” doesn’t interest me, and I generally assume that if there is something genuinely dangerous I need to know about, someone with actual qualifications will tell me about it. I try not to take my parenting advice from journalists, especially those who have risen to the heady heights of chasing down shonky plumbers required to be part of A Current Affair.

However last night I saw an advert for this week’s coming episode of 60 Minutes and was so angry that my usual indifference to these shenanigans wouldn’t cut it.

For those of you who haven’t seen the advert, Liz Hayes of 60 Minutes has gathered together the survivors of the Lindt Café siege for an interview.

While I recognize there is a legitimate public interest in sharing the stories of these people, where is the concern for their psychological welfare? Let me state this once and categorically;

In the 1980’s and 1990’s it became very fashionable in psychological circles to offer “Critical Incident Stress Debriefing" (CISD). Lot of counselors and mental health professionals made a living going from one disaster to the next and providing debriefing services. The idea was that by talking about the trauma straight afterwards, you reduce the risk of developing PTSD.

Great idea, but it doesn’t work. Actually, the latest research suggests that CISD actually increases the risk of people developing PTSD. Seeing a mental health professional for debriefing after a trauma makes you more likely to develop PTSD.

There are two main reasons for this. The first is that one of the most powerful human defense mechanisms is forgetting. Most of us remember what we had for breakfast today, most of us don’t remember what we had for breakfast this day last year. We forget things. Trauma is the same, we might never forget the trauma itself, but over time there is a natural process for most people whereby the trauma becomes less raw and gradually becomes just another memory.

Most people who are exposed to severe trauma do not develop PTSD. Blindly stumbling in and getting people to recount the horror when actually they should be learning to forget about it is harmful.

The second reasons why debriefing is harmful is the bit that made me so angry when watching the 60 Minutes interview; they interviewed them as a group and exposed people to things they didn’t already know.

The single biggest predictor of who develops PTSD and who does not, is when a person realizes they are going to die. People who think they are living their last seconds or minutes are at a far higher likelihood of developing trauma. Similarly, people who realise after the event that they could have died are more likely to develop delayed trauma.

When you have processed an event and dealt with it, and then suddenly someone presents a new fact that means you were much more likely to have died, the incidence of PTSD increase dramatically.

This is exactly what Hayes appears to be doing in her interview. She is deliberately asking siege survivors to fill each other in on the details they did not know.

If you are exposed to a severe trauma, there are things that a skilled mental health professional can do to help you, if you have PTSD, you can absolutely benefit from treatment. But the package of interventions available is highly nuanced and depending on individual circumstances. A skilled clinician will have read the 200 page Guidelines for Treatment of PTSD developed by the experts from the Australian Centre for Post Traumatic Mental Health, and they will know how to help.

I am assuming Liz Hayes is not a trained mental health clinician, and I assume she did not read the latest research on how best to help people with PTSD. I don’t mind that she is not helping, I mind that she is likely to harm them.

Under normal circumstances we can assume that approximately 3 of the people from the Lindt Café will develop PTSD. Thanks to this interview, it is likely that an additional survivor will also develop PTSD. To that person, when you sue Channel 9 for damages, please feel free to contact me to put your legal team in touch with the latest research to help your case.  I also hope you get awarded a payout that far exceeds the additional advertising revenue received by Channel 9 associated with the increased ratings this story will surely garner.

How effective is your psychologist ?

In 1956 an English psychology professor named Hans Eysenck threw the cat amongst the pigeons amongst psychology circles by publishing an article that effectively stated “there is no evidence that psychological therapy works”.  Eyenck’s analysis of the available data was both scathing, and unfortunately true.

Is your child a worrier ?

Psychologist, Ivan Pickert has some advice for parents of worried children.  Worry can be extremely upsetting for children as well as parents, with many of us not knowing what to do.  Even worse, worry can almost seem […]

5 Easy Ways to Cut Down Your Drinking

With the silly season almost over for another year, some people will have found that they have gotten into a habit of drinking more than they intended.  While drinking more than you intended in itself doesnt qualify as having a drinking problem, it is the kind of […]

CBT for Psychosis: Comprehending the Incomprehensible. 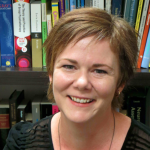 After completing her clinical training and PhD in 2013, Jennifer has divided her time between general private practice and working with Queensland Health in a research capacity to develop and pilot test a cognitive behavioural treatment program for people with schizophrenia. As a result, psychotherapy for psychosis has rapidly become an area of interest and passion. Jennifer’s other interests include working with couples from an emotionally-focused therapeutic framework.

In recent years, awareness has been increasing of the importance of early identification and treatment of psychosis.  But what role can and should psychologists play?  For many of us, our training in the treatment and management of psychosis has likely been limited to screening for symptoms and referring for psychiatric care.  Within the public mental health system, the dominant model is still one of medication plus case management.  However the past 20 years has seen a growing body of evidence emerge supporting the effectiveness of CBT for psychosis as an adjunctive therapy.  This presentation will provide an introduction to understanding and working with people with psychosis, and how psychologists can adapt and apply their existing skills to assist people with psychosis.

The right psychologist for the right client ?

On Friday night, we were lucky enough to have leading psychological researcher Prof Analise O’Donovan give a presentation at Benchmark about the factors that make psychotherapy relationships work or fail. Analise has had a long passion for the question of what makes psychological therapy work, and was presenting some […]

It’s a fact, Men have a higher sex drive than women. Are all relationships doomed ?

It might seem like a cliché, but the reality is that generally men have more interest in sex than women.  In fact, 51% of men would like to have sex at least every day compared to only 7% of women.  We hear about it everywhere; stand-up comedians and sitcoms make […]

Six ways to get the most out of seeing a psychologist

Whether you are looking for help with long-term trauma, or simply looking for help managing your weight, seeing a psychologist for therapy can be daunting.  There can be a lot of stigma associated with therapy, and even without that it is still an expensive process where the outcomes can be […]

Benchmark Psychology is pleased to announce that we will shortly be taking on an intern psychologist.

What is an Intern Psychologist ?

An intern psychologist is someone who has completed their undergraduate psychology degree, and achieved an academically high enough standard to be selected for the intensely competitive honours year.  They […]

Tantrums in young children are something that psychologists get asked to help out with quite a lot.  This post, gives a quick overview of a few ideas that can help you in taming the tantrums.

Firstly, it is important to rule out a couple of things.  In all of my years […]