What is 'Internet Addiction'?

‘Internet Addiction’ is an umbrella term that refers to the compulsive use of the internet or technology, to the extent that it causes problems with daily functioning difficult (e.g. relationships, work, health, etc). 'Internet' use might include online gaming, social media, smartphone apps, or just general online browsing.

Case studies of Internet Addiction have been recorded for at least two decades; however the issue has only started to gain widespread attention in the past five years. This may be due to the recent boom in smartphone use and availability, making the Internet considerably more accessible – and the problem much more common. 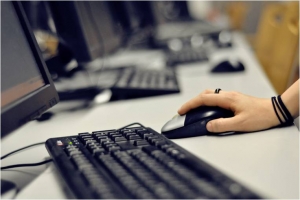 What does the research say about Internet Addiction?

While the area is still relatively new (compared to well-known problems like depression and anxiety), research in the area has been growing at a huge rate. This has helped us to better understand Internet Addiction – what it looks like, what the risk factors are and how to treat it. There is still some disagreement about whether it is a mental disorder in its own right, but many researchers and clinicians agree that the problem warrants our attention.

The disorder (labelled as ‘Internet Gaming Disorder’) is now listed in the Diagnostic and Statistical Manual of Mental Disorders (DSM-5) in Section III as a ‘Condition For Further Study’. This means it is a disorder of interest, and requires further research. This is a huge step towards worldwide acknowledgement of the disorder.

How many people have Internet Addiction?

Current research suggests that across the world, an estimated 6% of people have Internet Addiction - this means around 6 in every 100 people. However, college-aged people (i.e. young adults) have been shown to be more vulnerable, with some studies showing rates in these individuals as high as 15-18%.

What are some of the risk factors for developing Internet Addiction?

Wait a minute...how can you be ‘addicted’ to the Internet? There’s no drug involved, so what are you ‘addicted’ to?

The answer to this question has a lot to do with a chemical messenger in our brains called dopamine. Known as the ‘feel-good’ chemical, research tells us that dopamine release can be triggered by a range of pleasant experiences that don’t involve drugs, such as earning money, eating, having sex, and playing video games.

Most importantly though, once we’ve experienced those rewards, dopamine is then also released any time those rewards are expected, regardless of whether they end up happening or not. This motivates us to continue seeking those activities, even if they don’t end up being as enjoyable as we think they will be.

A great example of this is gambling. Someone addicted to gambling might sit at a pokie machine for hours, not winning anything, yet they are motivated to continue playing because of the expectation that they’ll get a win soon. For them, ‘chasing’ the win is rewarding in itself; so they keep doing it.

The same process can happen with Internet use. For example, you might feel motivated to scroll through Facebook because you expect it to be rewarding, because it has been in the past. However, even if it doesn’t end up as enjoyable as you anticipated, your brain will still motivate you to continue doing the activity because of the expectation that it will eventually be rewarding. Like with gambling, ‘chasing’ the reward is rewarding in itself, so you keep doing it - whether it's scrolling through social media, trying to beat that Candy Crush level, or questing for new items in World of Warcraft.

For some people, this pattern can eventually start to take over their life and become an ‘addiction’, resulting in many of the symptoms listed earlier. 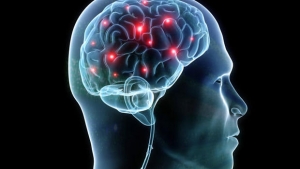 Okay, so what are the symptoms? What should I be looking out for?

The symptoms of Internet Addiction look very similar to other addictive disorders such as Alcohol Use Disorder and Gambling Disorder.

The most important way to judge whether you (or someone else) might have a problem is the impact on your daily life. If relationships, work, school, study, or other activities are regularly suffering because of Internet use, this strongly suggests you should seek help.

What would happen if I got treatment?

A qualified psychologist can help you to understand how your Internet use problem started and what is keeping the problem going. They can help you build your confidence and motivation to change your behaviour to something you’d prefer, and support you each step of the way.

A psychologist can also help you to rediscover and re-engage in other activities and interests in your life that might have dropped off, and help improve any negative impacts of your Internet use on your personal and professional life.

Do I need a GP referral?

No. Individuals can self-refer to Benchmark Psychology for assessment and treatment. However, you will not be able to claim Medicare rebates without a referral from your GP.

Note: As Internet Addiction is not currently recognised as an ‘official’ mental disorder in the DSM-5, your GP will not be able to provide a referral specifically for this disorder. However, you can discuss any other mental health symptoms you may be experiencing as a result, such as anxiety/worry, low mood, and loss of motivation. 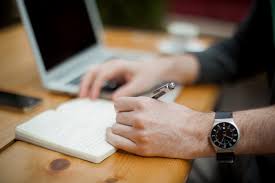 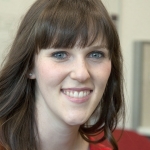 Tania is a Clinical Psychologist with several years' experience working in substance addictions, and particular expertise in Internet and Online/Video Gaming Addictions. Tania's doctoral research focused on understanding the specific symptoms of these disorders, and she has presented her findings and shared her knowledge in both local and international settings. These include the Centre for Addiction and Mental Health in Canada, and as a discussion panelist at the screening of ‘InRealLife’, a film exposing the internet’s addictive side, at Toronto’s Annual ‘Rendezvous with Madness’ Film Festival.

Tania is passionate about sharing her knowledge to help the wider community better understand and recognise these issues. Tania offers treatment for kids, adolescents and adults experiencing problems with their Internet or gaming use.